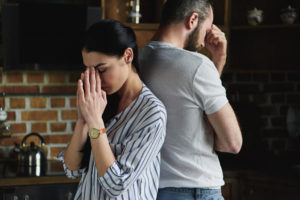 Brick Township is the third-largest municipality in Ocean County, New Jersey. With a population of 75,000 it stacks up right behind Toms River and Lakewood. With 30,000 households and an additional 20,000 families, simple assault is unquestionably a frequently charged disorderly persons offense that must be litigated in Brick Municipal Court. Simple assault charges are just as persistent in Brick as they are anywhere else, if not more so.

As you may know, family and household members can be difficult and not everyone gets along all of the time. Holidays and family events are particularly stressful and often fights ensue. Maybe it’s a push or a shove or maybe it’s an act that leads someone to believe they are at risk of immediate injury. No matter what it is, if the other person says that he or she was hurt in some way, you may be charged with simple assault. And, if the person you are accused of hurting is a current or family household member, partner, or someone with whom you have had a relationship, you may be charged with simple assault under the umbrella of domestic violence. Sentencing provisions pertaining to simple assault are bad enough without adding domestic violence and a possible restraining order into the mix. Jail times, fines, probation, and having to find a new place to live may all be part of your immediate future if convicted of this superficially minor assault offense.

It is an offense to “purposely, knowingly, or recklessly” injure another individual according to the NJ simple assault law. Sometimes an injury occurs by pure accident. As such, the law does not intend to punish those who do something without any idea that they can hurt another person. Conversely, if you did it on purpose, ignored a risk that you could hurt someone, or hurt someone knowing that your conduct could cause such harm, you can be charged with this offense and found guilty.

Simple assault is a disorderly persons offense, which means it is similar to a misdemeanor. A disorderly persons offense like this is heard in municipal court unless it is charged in connection with another indictable crime. When the charge is under New Jersey’s main assault statute, N.J.S.A. 2C:12-1, simple assault can turn into an indictable felony if it is committed upon a law enforcement officer, public official, teacher, or emergency personnel. Additionally, it can be charged as a felony if it is alleged that you put your hands on the neck of a person protected under the Prevention of Domestic Violence Act (strangulation).

What can I be sentenced to for a Brick simple assault offense?

When criminally charged with simple assault in Brick, your case will be heard in Brick Municipal Court. The Judge is the sole trier of fact. If convicted, your possible sentence can entail 180 days in jail, a $1,000 fine, $150 in mandatory fees, probation, anger management, a substance abuse evaluation, and even a $100 domestic violence surcharge.

Charged with Simple Assault in a Domestic Violence Case in Brick, New Jersey

This is only the tip of the iceberg if your simple assault involves domestic violence, as you must be arrested and held pending a detention decision that can land you in jail for the duration of the legal process. You can also be served with a restraining order requiring you to move out of your home and stay away from your loved ones, including your children if involved. If the case involves a temporary restraining order, you will have to simultaneously fight the allegations in both Brick Municipal Court and Ocean County Family Court. If children are involved, you may face a collateral issue when the Division of Child Permanency and Placement (DCP&P) descends upon your personal life. Their intervention in situations of domestic violence can sometimes cause more problems with child custody.

In some cases, simple assault should not have been charged at the onset, as what occurred may truly have been accidental and without malice or bad intent. For example, often spouses, household members, or domestic partners argue about finances and other average stressors. It’s ok to argue, fuss, and verbally fight. But what if prior to or after an argument, you trip over something and fall into the other person who winds up with a gash on their forehead? Clearly you had no intention of hurting them but it happened. You apologize and you both move on. Later on, you get into yet another verbal argument and the person calls the police. They show up, see the bruise, and the individual making the allegation leads them to believe that you did it on purpose. The officers charge you with simple assault, haul you out of your home, and force you to take up temporary residence in the Ocean County Jail. At this point, you have to wait until a hearing is scheduled to argue for your release.

The charge, sentence, accompanying restraining order, and DCPP involvement can sometimes be unwarranted in a Brick simple assault case. With years handling these charges on behalf of clients behind us, we can argue for your release if lodged in the county jail. Our lawyers can also interview witnesses and take statements to counteract any story that the prosecutor tries to tell about your conduct. Based on a comprehensive review of the case, we may be able to seek a lower charge, argue a motion to dismiss the case altogether, or achieve an alternative to help you move forward. If you have a TRO against you also, the defense team at our Ocean County law firm can challenge the restraining order in Ocean County Superior Court and take on the unique challenges of final restraining order trials.  The tools used in each case can vary but the vigor with which we fight for you remains the same. If you have been accused of simple assault in Brick NJ, feel free to contact us to speak with an attorney free of costs. We are available anytime at (848) 238-2100 to answer any questions about your charge and what can be done on your behalf.