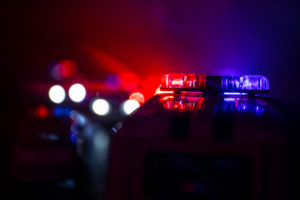 The crimes of eluding N.J.S.A. 2C:29-2 and aggravated assault N.J.S.A. 2C:12-1(b) often go hand in hand, as people fleeing from police or law enforcement in a car or motor vehicle are often accused of doing so at the potential peril of others. The harm caused to innocent bystanders is referred to as assault when committed in conjunction with eluding. Generally, New Jersey seeks to punish those who violate the law in accordance with their levels of culpability, as well as the injuries caused. As such, if the crime of eluding is committed and causes an injury, the defendant faces imprisonment of 5 to 10 years.

As seasoned criminal defense lawyers for clients in Ocean County, NJ, we have experience defending eluding cases involving aggravated assault. Whether you or a loved one has been arrested and charged with these crimes in Toms River, Jackson, Seaside, Brick, Manchester, Lacey, or another town at the Jersey Shore, our attorneys will strive to minimize your risk of state prison and comb through the evidence to identify potential defenses that may be used when litigating your case before a jury. We know the stakes and we are committed to protecting your rights and pursuing all of the available options through the duration of your case and possible trial. To speak with a lawyer who can assist you now, just contact our local Point Pleasant office at (848) 238-2100. We are available 24/7 to provide you with a free legal consultation.

Charged with Eluding Police and Assault in Toms River

The crime of eluding is essentially an offense against the police and their authority in enforcing the laws. A person who “eludes” is someone who refuses to comply with officer’s commands to stop, thereby disregarding the law. It is this disregard for authority or the powers that be that is considered punishable. For without the law, it is believed that the well-being of society is in jeopardy. For this reason, New Jersey seeks to punish those who threaten public order, safety, and security more harshly than others who simply cause harm to themselves. Eluding is one of those offenses that falls within the category of putting others in danger. This crime is committed by failing to stop for law enforcement or obeying commands, and by fleeing police after having received a signal to stop. But when you or anyone else refuses to stop in a motor vehicle and someone else is hurt as a result of your conduct, you can be charged with aggravated assault in conjunction with the same incident. Under N.J.S.A. 2C: 12-1(b)(6), a person commits aggravated assault by causing bodily injury to anyone while eluding law enforcement. This injury can be sustained by an officer, a complete stranger on the road, and even a passenger.

The crime of aggravated assault in the context of eluding raises the level and seriousness of the crime to a second degree, which is presumably punished by state prison upon conviction. The crimes of Eluding and Aggravated Assault will both be charged when the attendant circumstances show that you injured a person while eluding the police. In most cases involving a second degree aggravated assault, the injuries sustained by the victim must be serious or significant. However, there is a distinct difference in eluding cases, as the level of injury can be minor. Specifically, it is the act of eluding itself that raises the degree of the crime to a second degree, not the severity of the resultant injury.

To prove eluding, the state need only show that you received a signal to stop and you ignored the officer. It matters not whether the officer was wrong in stopping you or whether you initially pulled over and then took off. All that matters to authorities is that you knew you were required to stop and stay put, but didn’t. In the context of a case involving any injuries caused to others, the degree of the eluding is a second degree.

Crimes that are considered lower level felonies, such as third and fourth degree, allow the court much more leeway when sentencing a person. Theoretically, if you have no other record, you could receive probation for a third or fourth degree criminal charge upon conviction. Some who are eligible even use an option like Pre-Trial Intervention (PTI) to get their charges dismissed. The autonomy that a judge has in sentencing you is one of the most important differences between second and third degree offenses. In essence, the judge has little authority to permit a probationary sentence for second degree convictions, as these crimes carry a presumption of imprisonment. Moreover, second degree charges carry what is considered by most to be one of the most severe punishments, namely a minimum time in prison of 5 years. As if this is not bad enough, the maximum time you can spend in prison is 10 years in addition to imposition of a $150,000 fine.

Need Defense for Assault and Eluding Case in Ocean County? Contact Us 24/7

Cases involving eluding and aggravated assault must be handled with extreme care, as the punishments are severe. You need to find diligent, knowledgeable legal counsel from an experienced criminal defense lawyer if you or someone you love is facing these serious charges in Ocean County and elsewhere in New Jersey. Our defense team at Proetta & Oliver will not stop our pursuit of the best results in your case, using everything that we have learned in our decades of combined practice in criminal law and fighting to the very end to see that your case is handled well. Please feel free to call (848) 238-2100 now for assistance with your particular matter. We are also happy to schedule an appointment to meet with you at our nearby Point Pleasant office.