Facing an Assault with a Deadly Weapon Charge in NJ 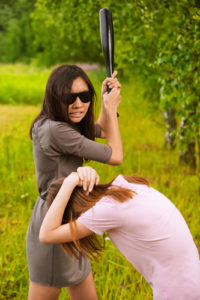 In the wake of recent events and the new movement towards stricter gun regulation, law enforcement officials throughout New Jersey have been keen on punishing crimes involving deadly weapons, specifically firearms more severely then in years past. Our actions in the heat of the moment may land us in very unfortunate situations, such as facing an indictable offense for aggravated assault with a deadly weapon, terroristic threats, unlawful possession of a weapon, possession of a weapon for unlawful purpose or even served with a temporary restraining order. What may have started from a bar fight may result in serious a long term prison sentence if not handled properly. Moreover, with New Jersey’s new bail reform guidelines, which were introduced in 2017, the County Prosecutor may seek to detain someone until trial without an option to post bail. For help with your assault charge or representation at your Detention Hearing, call 848-238-2100 today.

What is a Deadly Weapon? Can a Bat Really be Considered a Weapon?

A deadly weapon is defined as “any firearm or other weapon, device, instrument, material or substance, whether animate or inanimate, which in the manner it is used or is intended to be used is known to be capable of producing death or serious bodily injury.” Under this definition, a deadly weapon could encompass anything from a pool stick to a machine gun. What may seem innocuous to the common eye could qualify as a deadly weapon in New Jersey, depending on the use and manipulation of the item.

What is Attempted Aggravated Assault with a Deadly Weapon?

There are two scenarios that give rise to charges for Aggravated Assault with a Deadly Weapon:

The difference between each scenario is the intent of the defendant. One scenario allows or the lower standard of recklessness while the other requires purposeful or knowing conduct.

What is Considered Recklessness? What if it was an Accident?

Recklessness is defined as when “he/she is aware of and consciously disregards a substantial and unjustifiable risk. The risk must be of such a nature and degree that, considering the nature and purpose of defendant’s conduct and the circumstances known to defendant, his/her disregard of that risk involves a gross deviation from the standard of conduct that a reasonable person would follow in the actor’s situation. One is said to act recklessly if one acts with recklessness, with scorn for the consequences, heedlessly, foolhardily.

How do the Courts Define Purposeful and Knowing Conduct?

A person acts purposely with respect to the nature of his/her conduct or a result thereof if it is his/her conscious object to engage in conduct of that nature or to cause such a result. A person acts purposely with respect to attendant circumstances if he/she is aware of the existence of such circumstances or he/she believes or hopes that they exist. “With purpose,” “designed,” “with design,” or equivalent terms have the same meaning.

Aggravated assault with a deadly weapon is either a third degree or fourth degree indictable felony offense. If charged with and convicted of a third degree offense, the court may impose a term of incarceration between 3 and 5 years in prison. Conversely, a fourth degree charge aggravated assault with a deadly weapon carries up to 18 months incarceration.

Also, please note here that the offense of attempted aggravated assault with a deadly weapon does fall under the No Early Release Act (“NERA”). Which means that if convicted, the Defendant must serve at least 85% of their sentence before they can become eligible for parole in New Jersey.

As a violent offense that may carry a period of parole ineligibility, defendants aggravated assault with a deadly weapon charges generally are prohibited from entry into the Diversionary Program known as Pretrial Intervention. Nevertheless, contact an attorney to see what can be done to overcome this prohibition and help you avoid a criminal conviction altogether.

The legal defense team at the Proetta & Oliver have consistently handled indictable charges concerning aggravated assault with a deadly weapon throughout Ocean County and New Jersey statewide. Our attorneys understand the complexities and nuances regarding prosecution and defense of aggravated assault with a deadly weapon charges. Contact an attorney at our office for your complimentary case evaluation today at 848-238-2100. Our office serves all of Ocean County, including towns like Jackson, Brick, Seaside Heights, Point Pleasant, Lacey, Toms River, Manchester, Stafford and Long Beach.